Sabine and Gene Ware scanning the khipu board; photo by Anuar Arroyo.

In the 1570s, the Mercedarians developed boards with alphabetic writing and the corresponding khipu strings (Inka communication devices) for evangelization.  Use of these khipu boards spread throughout the Andes.  In 1980, Román Robles studied a khipu board in an Andean village in Ancash; however, this board has disappeared since then. In 2003, local schoolteacher, Rebeca Arcayo Aguado, discovered another khipu board in a colonial church in the Peruvian department of Ancash.

Sabine Hyland has been studying this khipu board — the only known text with both writing and the associated Inka style khipu cords — in the hope that it may provide clues to deciphering khipus.  In July, 2011, National Geographic filmed a documentary about her work on the khipu board for Nat Geo’s Ancient X Files TV series. 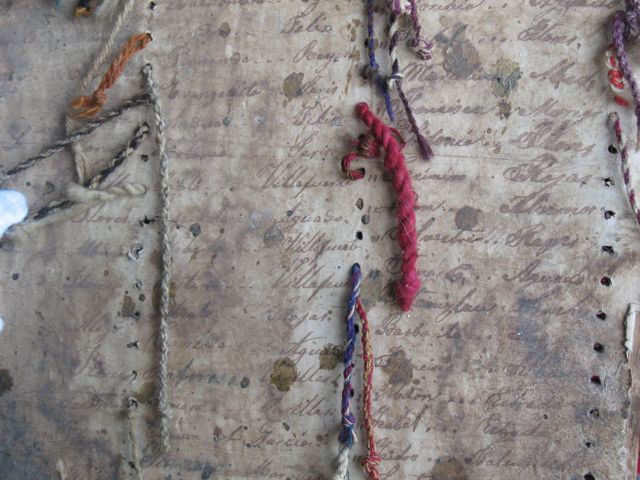 Khipu cords and writing on the khipu board.
0 replies