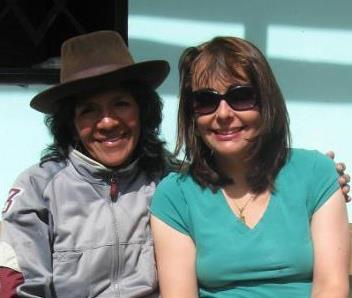 Sabine Hyland is an anthropologist and ethnohistorian working in the Andes.  Her PhD in Anthropology is from Yale University, where she studied with Richard Burger, Mike Coe and John Middleton.  She has written extensively about the Inkas and the Spanish colonial period in Peru, focusing on language, religion and missionary culture.

Currently, she is investigating the use of hybrid khipu-alphabetic texts — “khipu boards” — in the Andes from the 16th to the 20th centuries.