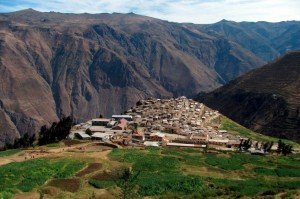 Just returned from my latest field season in Huarochiri Province, Peru, funded by Nat Geo. Although it was difficult fieldwork, with numerous setbacks, I was able to work in three remote communities who had used khipus well into the 20th century, all previously unknown. I found seven new Inka style patrimonial khipus with a total of over 750 multicoloured khipu cords; also interviewed community members and was granted access to colonial community documents. Many many thanks to my husband Bill, to the people of Huarochiri Province, to Tiffany Tung, Steve Wernke, Abel Travislavinia and the graduate students in Ayacucho, to the museum directors and assistants in the INC Ayacucho, the Archivo Tello and the MNAAHP. Les agradezco a todos!

Nat Geo’s Explorer’s Grant: Hidden Texts of the Andes My new book is out! The Chankas and the Priest: A Tale of Murder and Exile in...
Scroll to top